As it had done in many of the previous editions, Alsina sponsored the eleventh edition of the APD Afterwork, which was held on December 12 at the Palacio de Congresos de Catalunya in the city of Barcelona.

The program of this last edition included a round table on “Happiness in the company” moderated by Joaquim Montsant, Eastern Territorial Director of CESCE that included the participation of Igor Garcesi, CEO of Mediolanum Bank, Manuel Orihuela, General Deputy Director of Nacex or Manuel Alfosnso, General Director of Lyreco Iberia among others.

Once the interventions were done, attendees enjoyed a series of Networking Corners and tasting areas with all associates and sponsors for the usual day-end cocktail-party.

During the event Alsina, along with Teaming, sponsored the Debra-Butterfly Children’s Charity. Butterfly Skin, technically known as Epidermolysis bullosa or EB, is a genetic disease, rare and incurable to date. Its main and most visible characteristic is the extreme fragility of the skin of those who suffer it. They have skin as fragile as the wings of a butterfly.

During the APD celebration Alsina donated 1 euro for each follow to @pieldemariposa on social networks that day,  in order to support the Debra-Piel de Mariposa charity that helps affected families and make their day-to-day life more bearable. 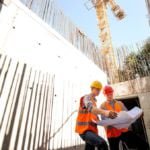 Alsina offers one of the most complete services of the formwork sector with ISO 9001:2015 certificationCorporative 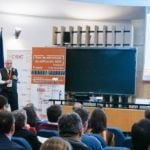